[Episode 17 of a spin-off from my novels The Hitch-hiker and
Mission of the Unwilling.]
‘I had another Fahrer fight.’ I confessed to Liesel over her breakfast. No one was in the mess hall at the time; Saturday morning and the other crew members were sleeping in, recovering from their night of anti-gravity partying. ‘He’s gone off course.’

‘Not again! He’s made a habit of that.’ Liesel squeezed the cheese tube and followed the yellow squishy trail with her tongue. Licking her lips, she said, ‘You can’t control that guy.’

‘It’s the ghost of Minna, Holly. He just can’t let it go! Minna haunts him. She is haunting everyone on this ship. Everyone’s feeling it.’ Liesel sucked up the remaining entrails of tube cheese. ‘Why can’t he just pull himself together and get on with it. We can’t keep on hiding the truth, covering up for him—it’s driving us crazy.’

‘I think he’s bereaved; these things take time.’ I wasn’t offering excuses for his hurtful behaviour towards me, I really believed it to be true.

‘It’s not as simple as that.’ I scuttled to the corner of the kitchen next to the pantry cupboard. Needles of pain jabbed my stomach, my eyes misted up, and I stared at my wringing hands. Out of nowhere. What’s going on with me?

The urge to be honest over-powered me. ‘Look, before you hear it from the Captain,’ I leant forward, ‘I—um—was with Fox. The last night in Strahan and Fahrer was there at the hotel in disguise.’

‘What? Was Fahrer Fox again?’ Liesel spat cheesy globs all over me. ‘What, exactly did you do, with Fox?’ She looked at me.

I glanced down in shame. ‘Sorry, it just sort of…happened.’

Her limbs jerked like pigeons startled by the proverbial cat. ‘You are familiar with ISF principles and procedures.’ She paced the tight kitchen space. ‘Oh, shoot! Now what are we going to do?’

‘No, you’ve got it wrong, I was with the real Fox. The Captain was dressed like a local, a greenie with a beanie and he had a beard. He kept pestering me and I didn’t know who he was, and I kept shooing him away. I mean, then he saw me go off with Fox and he wasn’t happy about it. He called me a…a…not very nice name, in German.’

‘He’s concerned, you understand that. Actions like that can have serious repercussions.’ She clutched my arm. Her eyes like two hazel fishbowls pleaded with me. ‘Oh, God, you’re not—?’

‘No, not possible since the Boris attack.’ I retracted my arm, then wiped a tear trickling down my cheek. ‘But he was bullying, me. I said I’d report him…but I know he’ll deny it, say it never happened, that I’m nuts.’ I cradled my face.

‘I know,’ Liesel reached over and drew me to her, ‘he has that effect.’

We spun in the kitchen’s zero gravity, in silence, me sobbing soaking Liesel’s boiler suit shoulder, and Liesel patting me on the back, cooing, ‘Don’t be so hard on yourself—we’ve all done things we regret—even Fritz. It’s the tin can, it does things to the mind. In the end, all we’ve got is each other.’

‘That’s the Captain.’ Liesel pushed me back and fixed her eyes on me. ‘Fahrer doesn’t do…he’s very moral, and he can’t understand anyone who does.’

‘It wasn’t quite like that.’ I shook my head. ‘I knew Fox from ages back, before my first trip into space, we were close—friends.’ I explained the toxic relationship with Johann, and Fox being a fellow at my father’s university and friend of the family, had become my knight, my rescuer.

‘You were friends? You had something going with the awesome Fox?’ Liesel shook her head as if trying to wrap her mind around the information. ‘You are truly the Holly. I could only ever dream of getting on with someone like Fox. Still, Fahrer has a point. This is a war against Boris, and what you did may leave the ISF vulnerable.’

I nodded and hoped my confession was enough to ward off any Boris attack in the future.

‘What ever happened to Fox?’

‘He got married to Mika, but, he said their marriage had busted up. Although I think Mika was taking it hard. She must’ve followed him to Tasmania and she hit me with a bag full of rocks.’

‘Yep,’ Liesel sipped her can of coffee, ‘sounds like Mika. She was always a bit jealous.’

‘Yeah, well, she can have him. Won’t be making that mistake again. Can’t believe he lied to me.’ I sighed ‘And another thing, Liesel, I found a USB under the bed the next morning.

It had Minna’s mission report on it.’

‘That’s strange, how did it get there?’

‘I don’t know. Fahrer denies he lost it, so I don’t know how it got there.’

‘That’s random. Fox wouldn’t’ve planted it there to get back at Fahrer for stealing his identity?’

‘That is possible, I guess.’

‘Anyway, and now the Captain wants to go to the P-Planet again! We’ll just have to work with that.’ She smiled and nodded to herself. ‘Yess!’

I pushed Liesel softly on the arm. ‘What’s all that about? You can’t be serious letting him get away with it? I mean, the detour.’

Want more? More than before? Don’t just listen to the rumours of the war on Boris, read it for yourself. Find out how and why this war began.
Check out my novels on Amazon and in Kindle. Click on the links below: 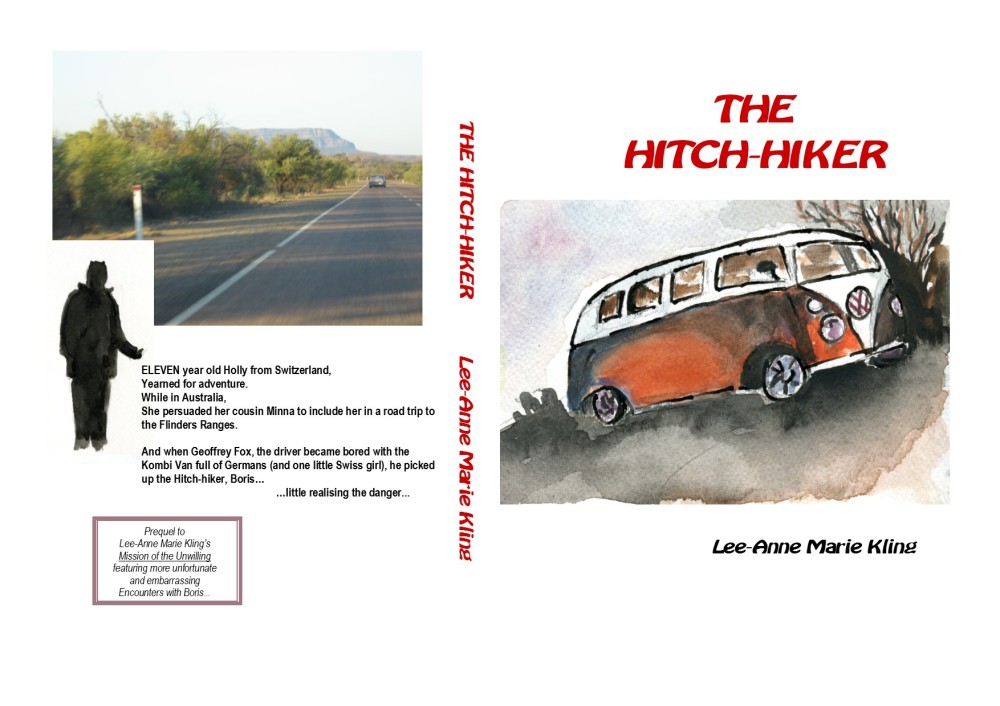 Mission of the Unwilling